Need To Post Bail For Someone? 5 Things To Understand About The Process

When helping someone get out of jail, the process of securing a bail bond will be much more effective if you have a solid understanding of how the process works from beginning to end.

Before you start calling up local bail bond agents, you will want to gather up some basic information that the agent will need to assist you with the bail process.

You will need to know where the person you want to help is being held in custody. You will want to know the name of the jail and the city and state it is located in.

Next, you need to know the full legal name of the person you are working on getting out of jail, not just their nickname or first name. If possible, try to provide the agent with their booking number.

Finally, you need to know the amount of bail required. This will impact the fees you need to pay and the collateral value you need to offer.

Fees are Set in Place

In most states, the state has statutes and regulations that dictate what a bail agent can charge you for a bail bond loan. In many states, offering a lower rate is not something the bail agent can do, as it may put their license at risk.

The fee that you pay is not refundable and is how you bail bond agents for the work they are doing to secure the defendant's release from jail. Think of it as the loan origination or interest that you pay in return for the bail agent putting up the money to get the defendant out of jail.

Once the case is over, the bail agents' claim to any collateral will disappear, and you will remain the full owner of the collateral. If the defendant doesn't show up for court or follow the terms of their bail, you will have to turn over your collateral to pay off the loan in full to the bail agent.

To get someone out of jail, you need information about where they are being held, their booking number, and their bail amount to get the process started. In general, in most states, the bail fees are dictated by state statutes and regulations. The bail fee is non-refundable. A bail bond is a form of loan, so you need to be prepared to put up collateral for the loan. If you have more detailed questions about working with a bail bond agent, contact a local agency. 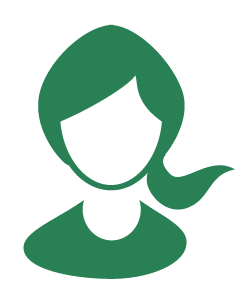